Generally, universities have significant autonomy over what they teach. Changes in courses and subjects occur every year, in good as well as bad economic times.

But the funding agreements universities sign with the government impose some controls over course closures.

For courses leading to occupations deemed to be experiencing a skills shortage, and subjects teaching ‘nationally strategic’ languages, universities have to get government approval prior to closure.

END_OF_DOCUMENT_TOKEN_TO_BE_REPLACED

Among the measures are greater monitoring of student progress, restrictions on study load, and as the media has been reporting today students losing Commonwealth funding if they fail more than half the subjects they have taken. The minister’s media release is here.

I will get to the sometimes arcane detail in a subsequent post (or posts, there is a lot). I am not convinced that the government is going about this in the best way. But I don’t want complaints about the details to obscure the point that this is an area worth policy attention.

END_OF_DOCUMENT_TOKEN_TO_BE_REPLACED

Update 24/07/20: The Commonwealth Grant Scheme Guidelines discussed below have now been amended, including 16 NUHEPs that did not previously receive Commonwealth supported places.

Back in May, I posted on concerns about the legal issues surrounding the new ‘undergraduate certificates’, the half-diplomas announced as part of the Easter Sunday COVID-19 measures. One issue, listing on the Australian Qualifications Framework, was being remedied as I wrote.

Earlier this month, the government ‘designated’ the undergraduate certificates under secton 30-12 the Higher Education Support Act 2003. This has two practical implications.

First, it means that the source of Commonwealth Grant Scheme funding (if any, more soon) for undergraduate certificates moves from the bachelor degree to the sub-bachelor and enabling fund.

END_OF_DOCUMENT_TOKEN_TO_BE_REPLACED

But as I was writing that blog post a band aid legal fix was being applied. Undergraduate certificates have been temporarily added to the Australian Qualifications Framework. They can be awarded between this month and December 2021. This gets universities, and the Department, which otherwise lacked legal authority to pay Commonwealth Grant Scheme or HELP money to universities, off the legal hook.

Apart from highlighting AQF governance weaknesses  – it is just an agreement between education ministers – this leaves the question of what happens to undergraduate certificates after December 2021.

The links between short courses and qualifications

In answering this question we are not starting with a blank sheet of paper. The AQF recently had a major review, which reported in October last year. The review was sympathetic, as I am in general, to helping students build towards a credential. Students don’t necessarily want or need a formal qualification, but where they do we should, where we can do so efficiently with low integrity risks, help them achieve their goal incrementally and cost effectively. END_OF_DOCUMENT_TOKEN_TO_BE_REPLACED

Update 4/5/20: It seems that State education ministers have agreed to temporarily putting ‘undergraduate certificates’ on the AQF.

Update 5/5/20: My take on whether ‘undergraduate certificates’ should stay on the AQF.

The COVID-19 higher education ‘short courses’ – four subjects at discount student contributions – are now appearing on CourseSeeker. As of this morning, there are 64 courses from eleven universities.

Most of them are graduate certificate courses. While letting the minister announce lower student contributions sets a bad precedent, these courses are not otherwise problematic. A graduate certificate is a credential listed in both the funding legislation and the Australian Qualifications Framework.  The university can legally receive Commonwealth Grant Scheme payments and the student is eligible for HECS-HELP.

The same cannot confidently be said for the other short courses. Although the minister’s early terminology of a ‘diploma certificate’ is not used, as of this morning there are 17 ‘undergraduate certificates’ (such as an Undergraduate Certificate in Information and Communication Technology) from three universities and a Professional Certificate in Aged Care from a fourth institution. END_OF_DOCUMENT_TOKEN_TO_BE_REPLACED 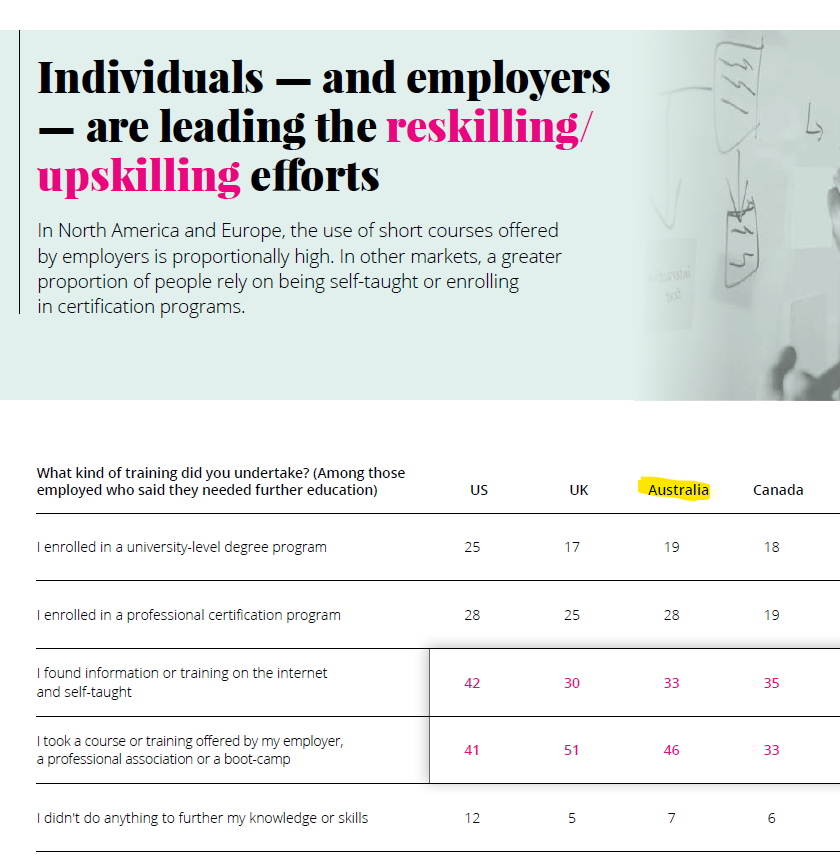