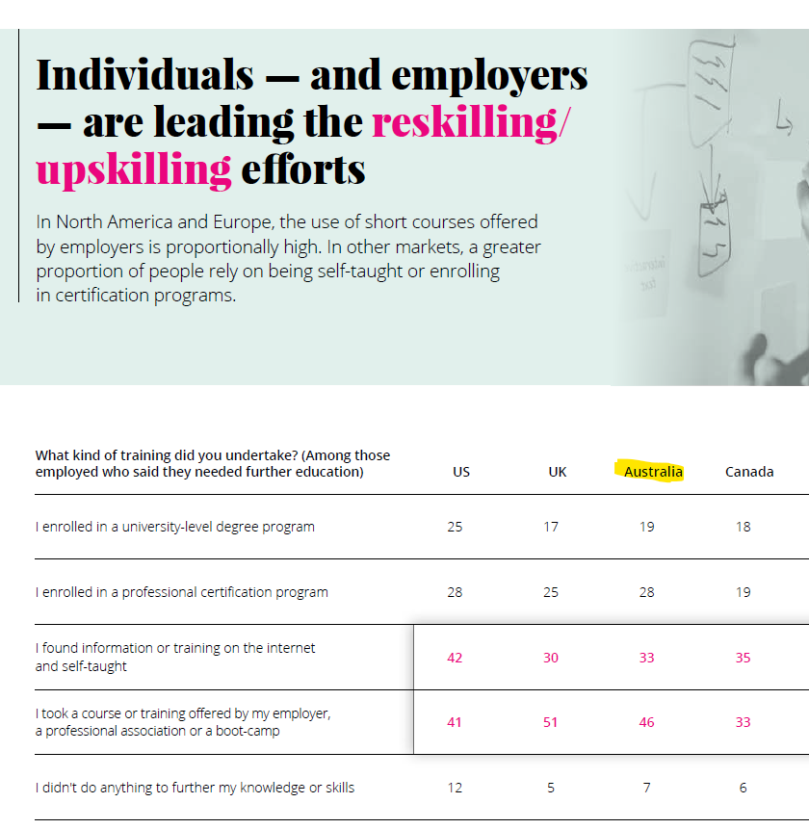 Respondents to the Pearson survey were also asked “If you had to learn something new for your career quickly, which method would you most likely pursue?”. In Australia, about a quarter of respondents said that they would use a free resources such as YouTube, Lynda.com (now part of LinkedIn Learning), or Khan Academy. 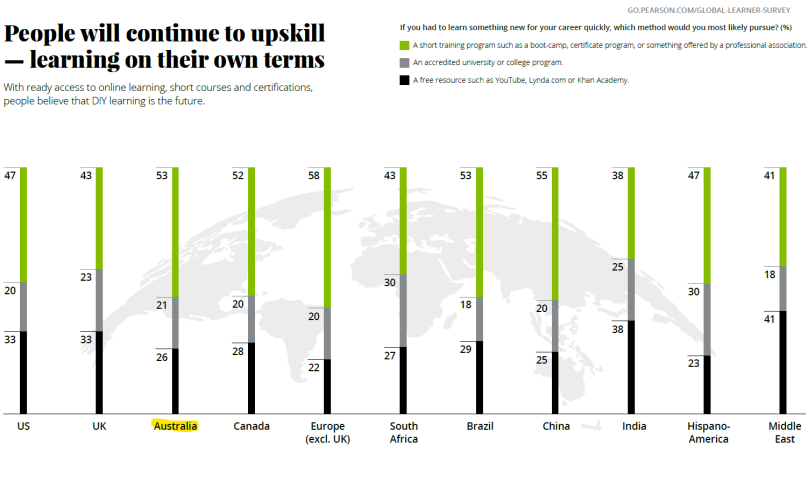 A recent Swinburne University report, on the narrower topic of preparing for the digital future, also found strong interest in online platforms and other forms of informal learning. Lynda.com, Khan Academy etc were slightly more likely than universities or TAFEs to be nominated as useful for improving the respondent’s ability to work with digital technologies. 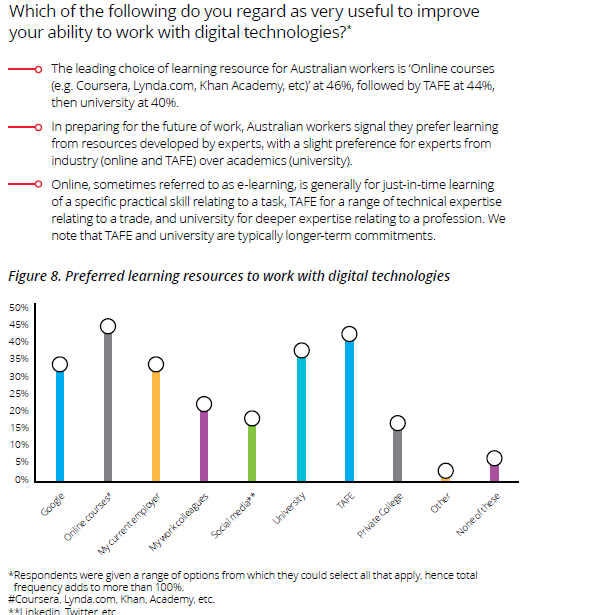 The Swinburne survey also asked about preferred learning formats (chart below). Even though universities and TAFEs rated reasonably well as learning resources, less than a third of respondents seemed very interested in training with certification (23 per cent formal courses, 8 per cent microcredentials). 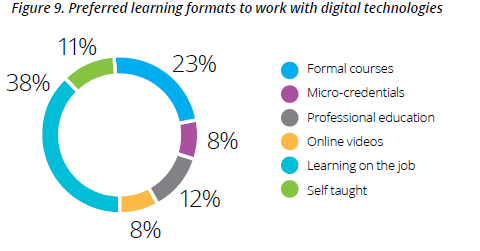 This is consistent with the theory that for already-employed people additional formal qualifications are not necessarily very attractive. Employers can often directly observe whether their employees have the necessary skills or not. They don’t need third-party authentication, such as formal qualifications.

From both the employer and employee perspective, qualifications bundle up a range of subjects that may or may not be useful, inflating their time and money costs. This may also be true, although to a much lesser extent, with non-credentialed training courses. With online modules students can consume only as much education as they think they need.

These different modes of education are not perfect substitutes. For people trying to change careers or get promotions, who may have no opportunity to demonstrate their skills, a credential is likely be valuable. Consistent with this, in the NCVER survey of reasons for training discussed in the previous post, training for job change was holding up better than training for the respondent’s current job.

But for currently-employed people upskilling in their current job course-based education is probably losing  ground to online self-education. What this means for the total amount of education and training is harder to say. The ABS work-related training survey needs revising, as the word ‘course’ in its questions does not prompt mention of online modules and videos. As a result, according to the the Pearson and Swinburne surveys, it misses a lot of skills development.