One long-made argument against tertiary education subsidies is that they are regressive. University students tend to come from more privileged backgrounds, and therefore high-income households receive a disproportionate share of government spending on higher education.

Based on gross household income, ABS data on the distribution of government benefits released today confirms that this is still true, as the chart below shows, although the ratio between the highest and lowest income quintiles is lower now than in the past. 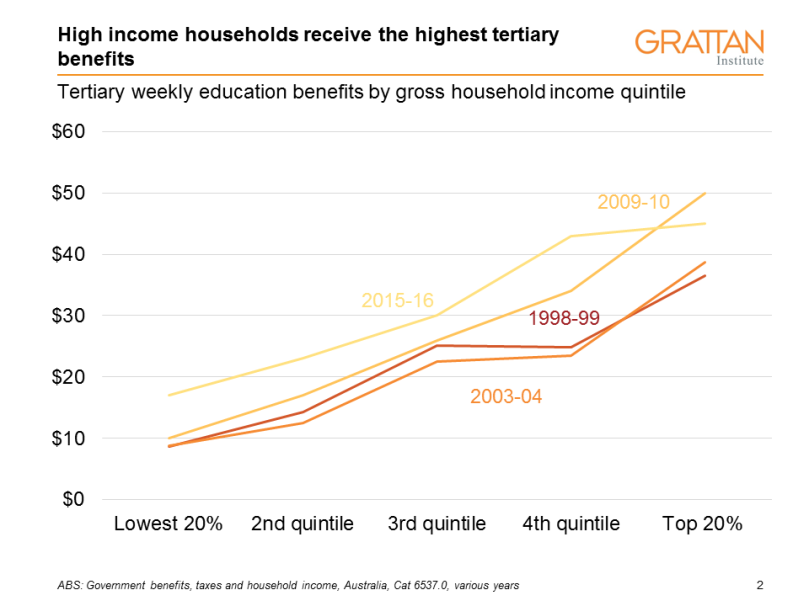 On an equivalised income basis, which takes into account household size, the distribution of spending is more even. This reflects the fact that although students tend to come from relatively affluent households, these also tend to be relatively large households containing a couple and their children. Making it disposable income makes it more even still, given progressive taxation. Even so, I am not yet convinced that the spread is an even as it appears to be for 2015-16 in the chart below. What could explain this? 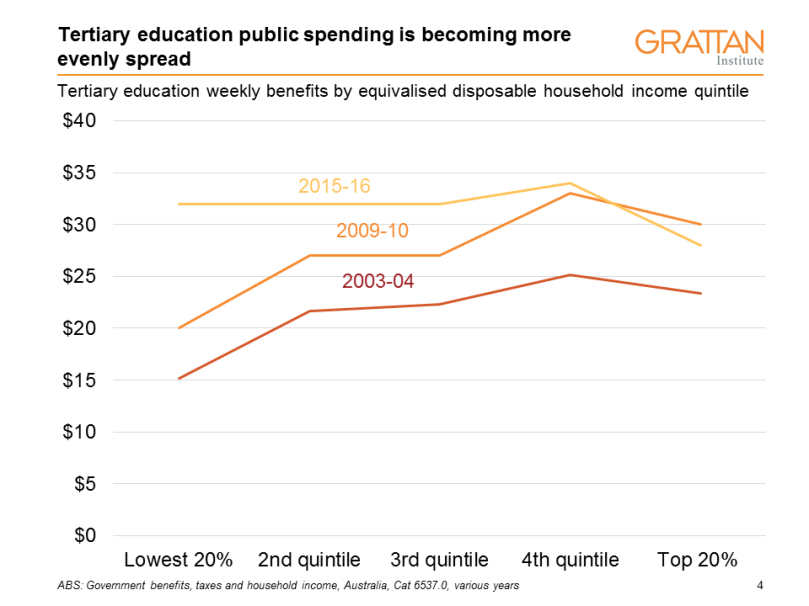 The relative standard errors suggest that the 2015-16 trend line could plausibly be bumpier than it appears, but could not I think explain the change entirely.

There was a large expansion in higher education enrolment over the 2009-10 to 2015-16 period, and for the first time low SES enrolments grew more quickly than high SES enrolments. So I was expecting some shift in the distribution of tertiary benefits. 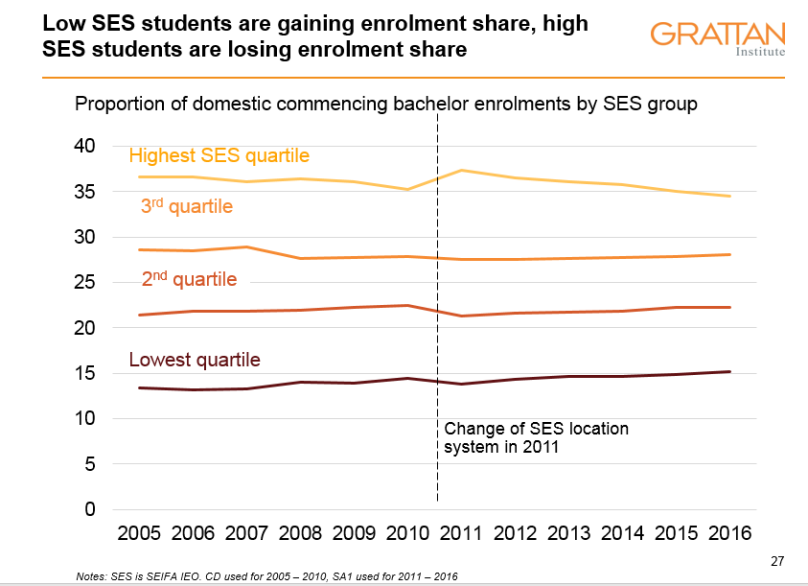 Another possibility, which I have not had time to explore, is that there is some shift in household types that make up some of the quintiles. By age, the household types that receive the most tertiary benefits are those with a reference person aged 15-24 (the main student population), those aged 25-34 (still some students) and those aged 45-54 (who have university student children living at home). Where they end up in the income quintiles would make a difference (where retirees end up is also important, as they receive hardly any tertiary benefits).

Tertiary benefits includes vocational education, and I am not sure how that is affecting the results.