Historically, each downturn peaks at worse graduate employment outcomes than the previous one. The COVID-19 recession is likely to fit this pattern and deliver record high graduate unemployment. Not only is it likely to be the most severe recession in living memory, but it has already caused massive job losses in industries that are significant graduate employers.

Thanks to old graduate destination survey reports being put online (scroll down here),  the employment effects of past recessions are easier to examine. The early 1980s recession triggered a four percentage point increase, on the best recent outcome in 1980, in university graduates still looking for full-time work four months after completion. But the negative effects were short-lived. By the mid-1980s employment outcomes were better than they had been in the late 1970s (chart below). Graduates of Colleges of Advanced Education had higher proportions looking for full-time work, but this appears to be mostly due to trends that started before the recession. Their results also recovered quickly. 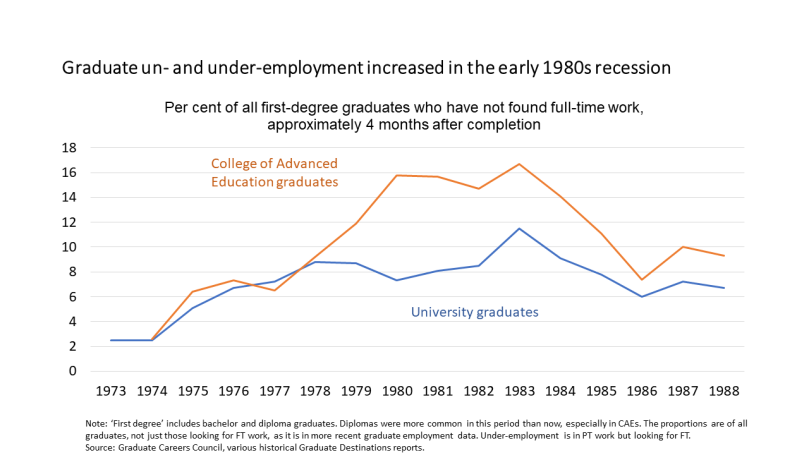